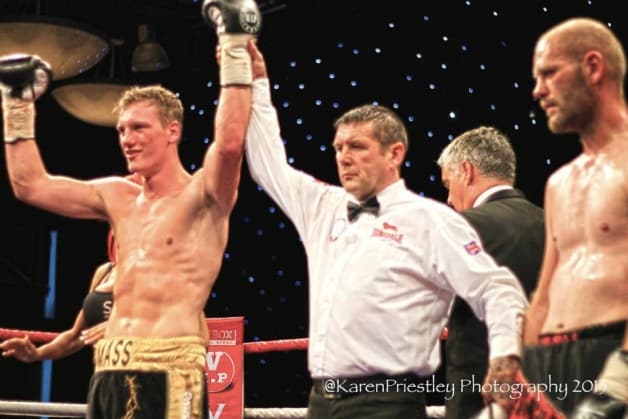 High Peak cruiserweight Jack Massey is fresh from a week out of the gym and is now turning his attentions to his second professional fight later this year.

He received a nasty cut just below his eye in the first round, but his corner team managed to deal with the problem before Massey went on to outclass his opponent and eventually clinch victory in the third round.

Since his outing Massey has been under strict instructions from his trainer Bobby Rimmer to have a week of rest and recuperation.

Now after a mini-break, the Chapel-en-le-Frith fighter has his second outing in the paid ranks to look forward to.

Massey is provisionally pencilled in to fight on a bill on October 12, again at Bolton’s Reebok Stadium.

Father David Massey says Jack is now back at work in the gym ready to follow up his maiden showing.

Prior to his debut, Rimmer said he saw comparisons between Massey and current British champion Brian Rose, another fighter he trains.