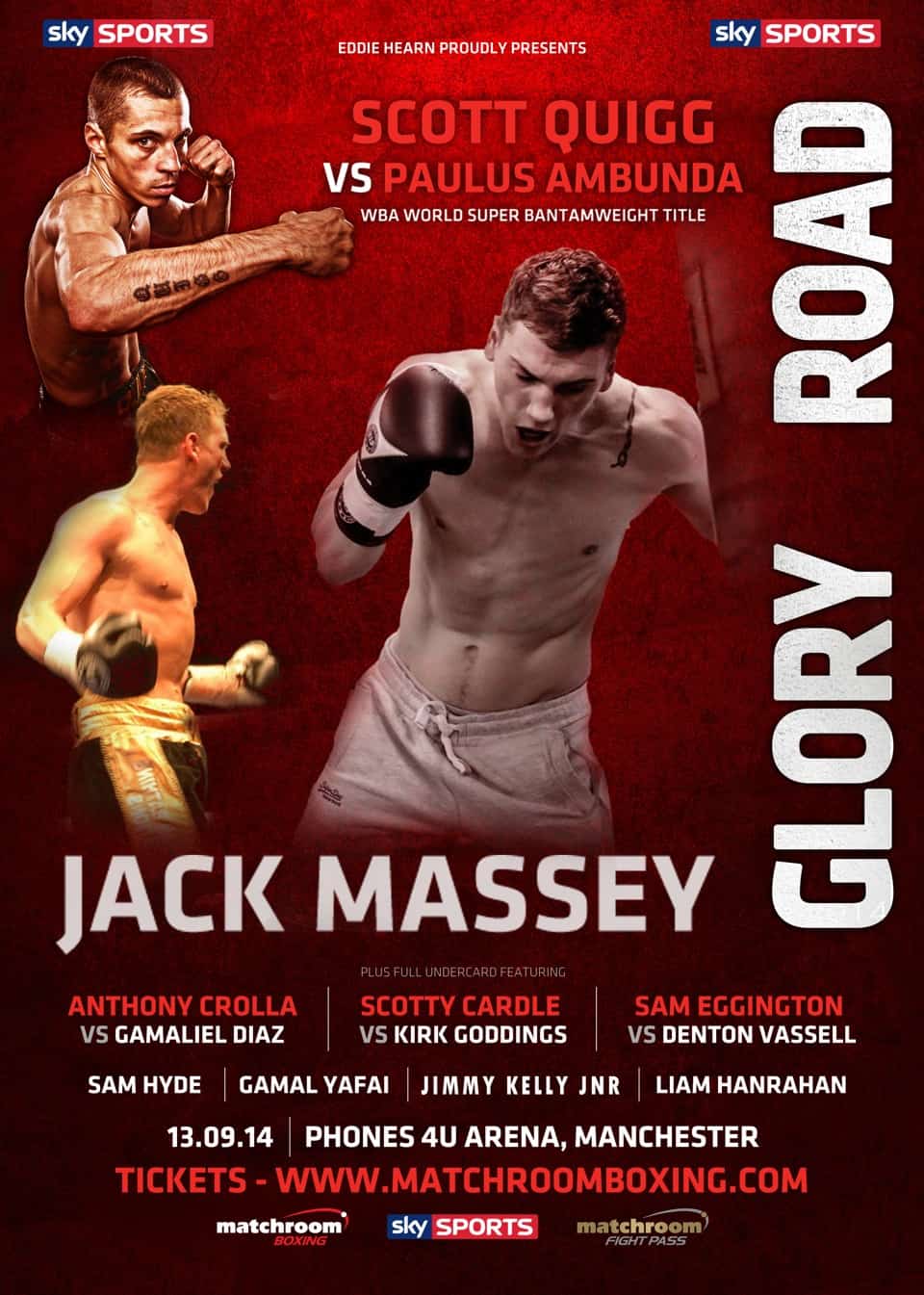 Jack Massey's next big fight should be a good one, as he undercards local heroes Scott Quigg and Anthony Crolla return to Phones 4u Arena on Saturday 13 September for an action packed night of boxing.

Jack 'One Punch' Massey's Barmy Army will be making their way to Manchester Phones 4 U Arena on the 13th! for tickets please contact Dave on 07968 291 598 tickets are £40 each, bus to be confirmed.

Like Jacks last fight tickets and coach seats sold out fast so you will need to contact Dave ASAP.